Gaskets play an important role as a vital component of machines which form part of our everyday life. While they do not normally constitute the central element of plants, machines or internal combustion engines, this does not affect their importance in any way. It goes without saying that they usually function with such reliability that the necessity for them is generally barely considered unless, or until, they fail. When this happens, however, fluids and lubricants may be lost and efficiency diminished, operations are interrupted, machines and systems become contaminated and heavy repair costs are incurred. In the worst case, escaping fluids and gases pose a threat to mankind and the environment. 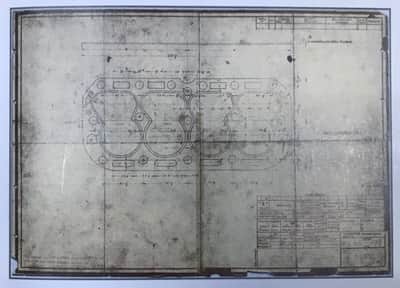 The history of the sealing process is almost as old as humanity itself if the clay, cement, pitch and other substances used to seal the joints in walls, boats, etc., are regarded as the forerunners of their modern counterparts. The first seals, which came into use in the early industrial era, were made of leather. Other natural raw materials such as rubber and asbestos fibers came on the scene later and proved particularly efficient at the time. In the engine-building field, probably the first patent was granted in 1916 to Josef B. Victor for a cylinder head gasket described as a copper-asbestos gasket with a mineral board inner layer. A drawing of a typical gasket from the 1920s is shown in Figure 1. Apart from its sealing capabilities, the essential requirements for a durable gasket are the suitability of its design as a seal between components and its ability to accommodate the stresses occurring under all operating conditions. From an economic point of view, the aim is to achieve a degree of sealing integrity appropriate to the intended purpose and at an acceptable cost.

This site uses cookies to collect the necessary user browsing behavior so that we can provide you with a better browsing experience. Browse this site, which means you agree with "online privacy declaration."
× Close